“Where’s the cave?”, I look at the motorist quizzically, trying to repeat his question back at him. Then I notice that the characters in his speech balloon are written in a Cyrillic script and his tank is out of gas.

“Take this.” He hands me his Kalishnikov rifle as he scrambles out of the tank’s turret on onto the asphalt.

“So I guess you’re going to that Kursk re-enactment near Waco?”, I say, trying to make conversation.

“Austin. Austin Texas”. I emphasize the State’s name and he smiles widely.

“трахни меня”, he replies, speaking with Cyrillic characters again. I realize that he must be a combatant in the Ukraine war who has gotten lost.

And so it goes throughout the world. Without GPS and clear orders, the Ukrainian plan to confuse Russian invaders by switching road signs has been an unmitigated success. With unexpected co-operation from supporters in the Caucasus, Central Asia and Siberia this Russian soldier was misdirected right across the Pacific Ocean to the Lone Star State. Other Russian tanks have appeared in Herat, Rome, Cape Town and Buenos Aries.

“Where’s a good place for pierogies?” the soldier asks. “My rations expired in 2015 and I’m starving”. I notice for the first time how his poorly tailored uniform hangs loosely on his body.

I open the door to my car and say, “Hop in, I’ll drive you to the gas station.”

As we drive away, I look in my rear-view mirror and notice the red star painted just about the letter “Z” on his tank. “You better make that star yellow and blue before you go. And maybe paint over that Z”.

Notes: The first joke is a pun on how the pronunciation of Kyiv sounds like the English word cave. The second Russian phrase is “Fuck me” and third is the Ukrainian rallying call, “Russian warship: Go fuck yourself” 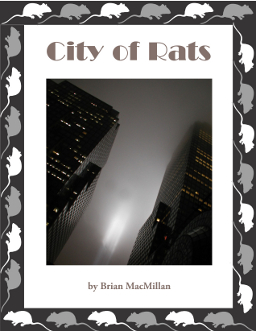