With both Scotland and Ulster threatening to leave the Union, one would think Great Britain’s national integrity issues couldn’t get worse. They have. Arthur Pendragon, a busker well known amongst the south England open-mic community, today revealed that he was the rightful king of the Britains (Logres).

Speaking from atop a soap box, in a car park in downtown Winchester, Arthur Pendragon, fifty-sixth of his name, condemned the House of Windsor as those “Buckingham interlopers” and promised a Britain free from Anglo-Saxon dominion.

Pendragon’s attempts to conscript an army fell flat, but a number of mediaeval role-players have rallied to his cause, as have retired soldiers, policemen and a group of teenagers trying to create a sequel to Lord of the Rings.

The erstwhile Prime Minister of the United Kingdom could not be reached for comment.

Did an Indiana Boy Visit the Rightside Up? 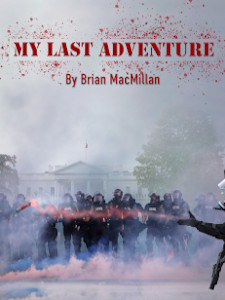