AR: After the wild success of the Four Must Dos during his first term in office, General Secretary of the Chinese Communist Party, Xi Jinping has followed up with the sure-to-be-blockbuster directive, the Four Must Dos Before Breakfast.

Let’s recap. What are the Must Dos, and why are they so exciting?

Guest: “The first is Charge your cell phone. I think the idea behind this Must Do is to enforce the idea that Xi is a hip dictator who is sensitive to the needs of the young.”

Guest: Get ready to floss is number two. Again a sensible choice. Nothing says counter-revolutionary quite like charging the state for preventable dental work.

AR: “But why Get ready to floss? Why not just Floss?”

Guest: I think Xi is looking ahead to his next set of Must Dos, which we expect will be Called the Three Must Dos After Breakfast. My guess is that flossing will have a role in those Must Dos.

AR: The third Must Do surprised me: Spy on your neighbor.

Guest: “Why do you find that surprising? I consider it the most subtle Must Do in the Must Do canon.”

AR: “For starters, doesn’t the state already know everything? about every citizen already. Social credit scores are based on fact.”

Guest: “Spying keeps your social credit score fresh and up to date. And besides, it helps ensure that the Party has a readily available supply of counter-revolutionaries to meet its organ harvesting needs.”

AR: “Let’s step back for a bit and talk about Xi Jinpng thought in the context of the history of ideas. How does Xi Jinping Thought compare with Kant’s Critique of Pure Reason?”

Guest: “Kant is a bad comparison. We’re talking Asia here. Different intellectual traditions. Are you familiar with the Buddhist idea of Thoughts Without a Thinker? Xi Jinping’s contribution is the opposite, but very much in that tradition.”

AR: Back to the Must Dos. What’s the fourth Must Do Before Breakfast?

Guest: “The fourth Must Do is old-school Maoist: Consider reporting a family member to the appropriate authorities. You know its been 50 years since the Cultural Revolution and the economy of the People’s Republic is 10 times bigger than it was in 1969, but that doesn’t mean there are no longer enemies of the state.

AR: And every counter-revolutionary has a family. 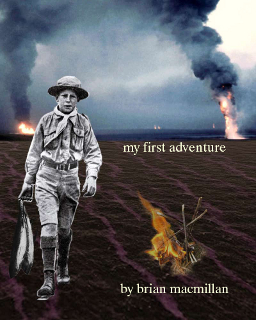